Negative-Emissions Solutions: How They Work And What Businesses Can Gain

Global carbon emissions, derived primarily from the combustion of fossil fuels to obtain energy, have risen drastically since the advent of the Industrial Revolution. Unfortunately, a relatively small number of countries are responsible for the majority of the world’s greenhouse gas emissions. China, the United States, and a handful of nations that make up the European Union are the three largest emitters of global carbon emissions

As fossil fuels such as coal, oil, and gas continue to be consumed at an alarming rate, the negative repercussions of humanity’s heavy reliance on non-renewable fuel sources have perpetuated climate change. Greenhouse gases such as carbon dioxide are a large byproduct of burning fossil fuels, which in turns blanket the Earth and traps heat from the Sun. This greenhouse effect leads to global warming and climate change,, causing erratic shifts in weather patterns due to warmer temperatures.

The importance of negative emissions

Enter the concept of negative emissions – the idea of carbon removals, in conjunction with reduced carbon emissions to avert catastrophic climate change. After years of intensive research, it is now common knowledge that in order to avert potentially apocalyptic climate hazards caused by negative feedback loops, keeping global warming below 1.5 degrees celsius is of utmost importance. The means to achieve this feat lies in removing carbon from the atmosphere and storing them over the long term through negative carbon solutions.

Needed for three purposes, negative emissions work to offset residual, hard-to-abate emissions in industries such as cement. Negative emissions also lessens the amount of atmospheric carbon dioxide gases, while removing historical emissions from the atmosphere on the path to a more stable and sustainable long-term climate.

Current negative emission solutions take on many forms. From natural climate solutions that alleviate atmospheric greenhouse gases through the use of reforestation, to engineered bioremoval methods that leverage bioenergy with carbon capture and storage. Further technological advancements such as direct air capture and storage systems, which rely on sequestering carbon dioxide in sealed rock formations underground, do plenty in mitigating the pre-existing carbon dioxide and greenhouse gases in the atmosphere.

In a day and age where businesses and organisations have to set examples and precedents in the fight against climate change, it is therefore imperative to build a portfolio of negative emissions solutions. The urgency to scale up negative emissions is further reinforced through the projected 1.5 degrees celsius threshold being broken before 2040, adding more atmospheric carbon dioxide than scientists consider permissible.

How companies can contribute to these solutions

All said and done, how can these entities materialise negative emission solutions and make them mainstream? It all begins with having emission reduction targets and planning to make them a reality. Taking advantage of existing technologies and implementing them in routine operations to reduce emissions is another key way for companies to contribute to negative emissions. The importance of ESG factors for consumers and investors highlights the need for companies and organisations to be involved in negative emission solutions. Instead of putting profits first, and sacrificing longevity and sustainability, businesses that demonstrate an emphasis on climate change as a real issue once again indicate their commitment to a greener future.

Whether it serves to cover their shortcomings, or to scale negative emissions for sustainability, businesses must begin acting now in order to build a sustainable eco-system for years to come. The threat of climate change and a worsening, possibly hostile, environment looms on the horizon. Businesses and organisations alike hold a big stake in playing their part to protect the environment, and must act post-haste. 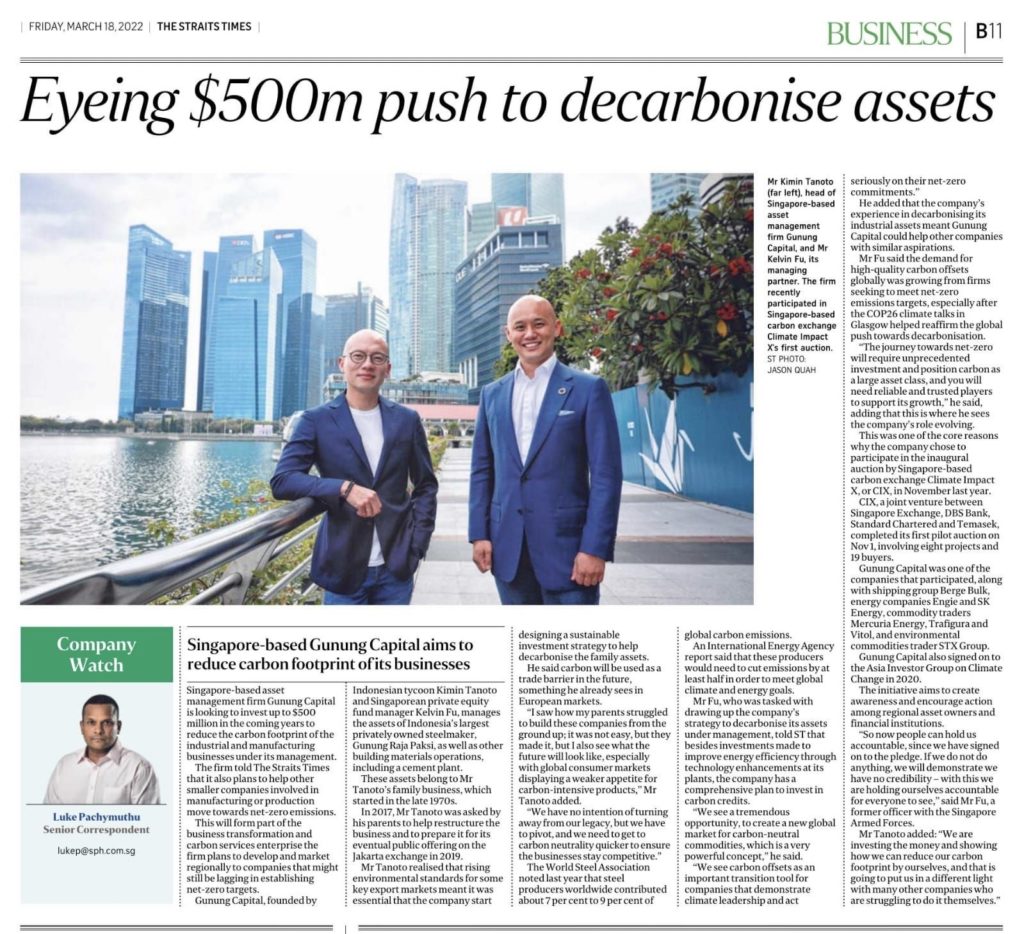